Born in Hyogo prefecture, Aoyama studied oil painting at the Tokyo Fine Arts School (now Tokyo University of the Arts). His works won third prize at the 4th Bunten exhibition (1910) and second prize at the 5th Bunten, after which he traveled to France via Manchuria and Russia. Upon his return to Japan after ten years abroad, he attracted notice by earning a special prize at the 7th Teiten exhibition (1926) and becoming a juror, but died suddenly at age 46. In 1907 Aoyama visited Hokkaido and began painting this work for his graduation from the Tokyo Fine Arts School while in Abuta, finishing it later in Osaka. In this portrayal of the first Ainu people he met, his use of the central fire as a light source to create a dramatically Baroque contrast of light and shadow, and the power emanating from the circle of men gathered around the fire, testify to the intense will of the young artist. The painting won the top prize in the 13th Hakubakai exhibition.

Born in Okayama, Kuniyoshi emigrated to the United States in 1906 at age 17. There he discovered his aptitude for painting and worked his way through school in Los Angeles and New York, becoming one of the most noted painters in the U.S. during the prewar and postwar years. Initially influenced by Cubism and American folk art, he was later encouraged by the École de Paris painter Jules Pascin, whom he met in New York, to pursue a realist approach. This work is representative of the period when he was making that transition. One detects the influence of Pascin in the distinctive use of shades of brown and the portrayal of a partially nude woman wearing a languid expression. The fur around her shoulders, the stockings, and the tossed-away shoes highlight the coquettish allure of the model.

Born in Tokyo, Katsura studied Nihonga and oil painting, participating during the years preceding World War II in the avant-garde Kyushitsukai group associated with the Nikaten exhibition. After the war she exhibited avant-garde figurative, abstract, and collage works at the Nikaten as well as the Association of Women Painters, which she helped found in 1946. She began creating collage art of her own conception in 1935. In this work, one of a series made with cork which she produced for a solo show in 1979, the cork fragments seem to wriggle and buzz like tiny creatures. The composition reflects Katsura's unique sensibility with regard to materials; as a child she would collect pieces of driftwood and bone because, she said, she felt the life-force of the natural world in them. 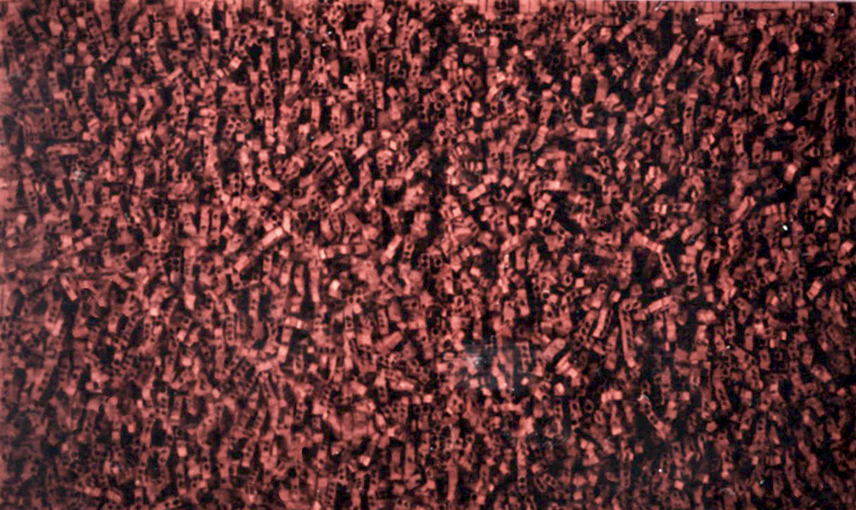 Born in Mito, Ibaraki prefecture, Yokoyama was in the first graduating class of the Tokyo Fine Arts School and a founding member, with Okakura Tenshin, of the Japan Fine Arts Academy (Nihon Bijutsuin). A leading innovator in the Nihonga genre during the Meiji era, he became one of Japan's most prominent painters in the Taisho and Showa eras. As its title suggests, this work uses the human figure and the landscape to construct a psychological study of sadness associated with the autumn season. It is also notable for its fusion of the traditional East Asian use of outlines and blank space with a Western use of color to express a mood. The style presages Yokoyama's subsequent adoption of the so-called moro-tai ("blurred") technique of painting without outlines, making this a significant milestone in the evolution of Meiji-era Nihonga. After missing for many years, the painting was discovered in a Sapporo resident's storehouse and donated to the museum. 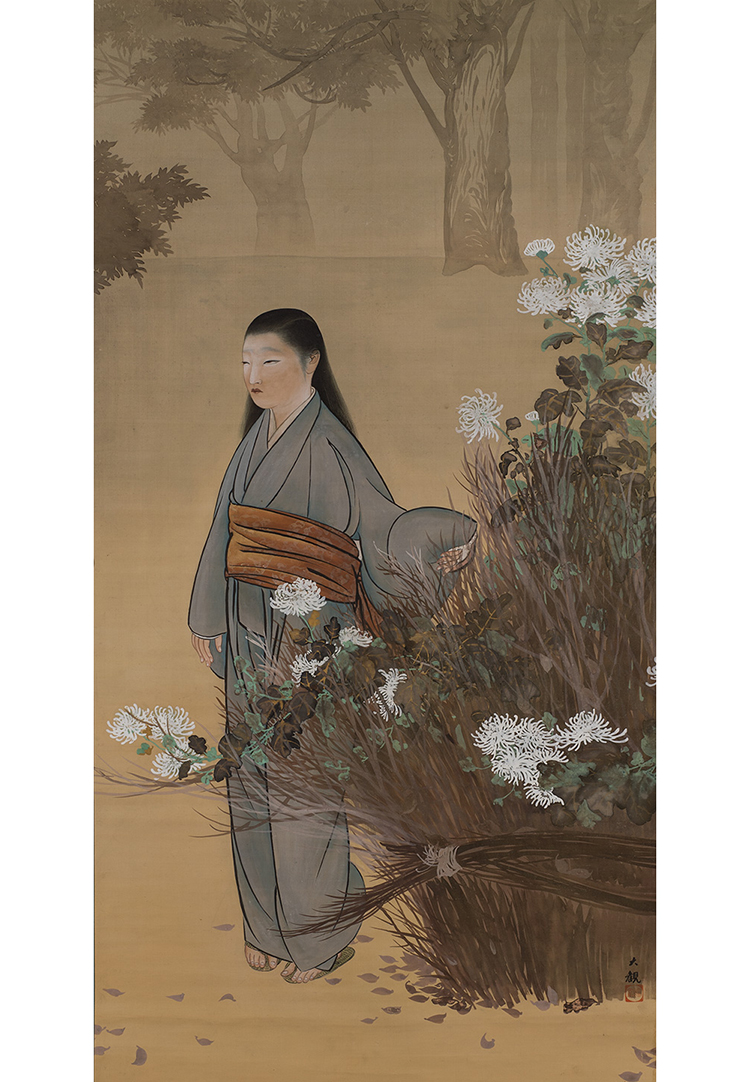 Born in Hyogo prefecture, Matsuoka studied painting with Hashimoto Gaho and Yamana Tsurayoshi, then studied Nihonga at the Tokyo Fine Arts School (now Tokyo University of the Arts). During the Taisho and early Showa eras he was a leader in the New Yamato-e movement, pioneering the development of a neoclassical style of modern Nihonga. This work is a masterful blend of freshness and graceful charm that depicts a contemporary female figure in a classically picturesque manner. Her languid posture and the blue of her kimono are especially striking. The partially visible dresser in the room with its perfume and cosmetic bottles, the roof wet from a recent rain, the scattered cherry-blossom petals and the red camellia flowers—all these elements of the woman's surroundings hint at a story of some sort, subtly stimulating the viewer's imagination. 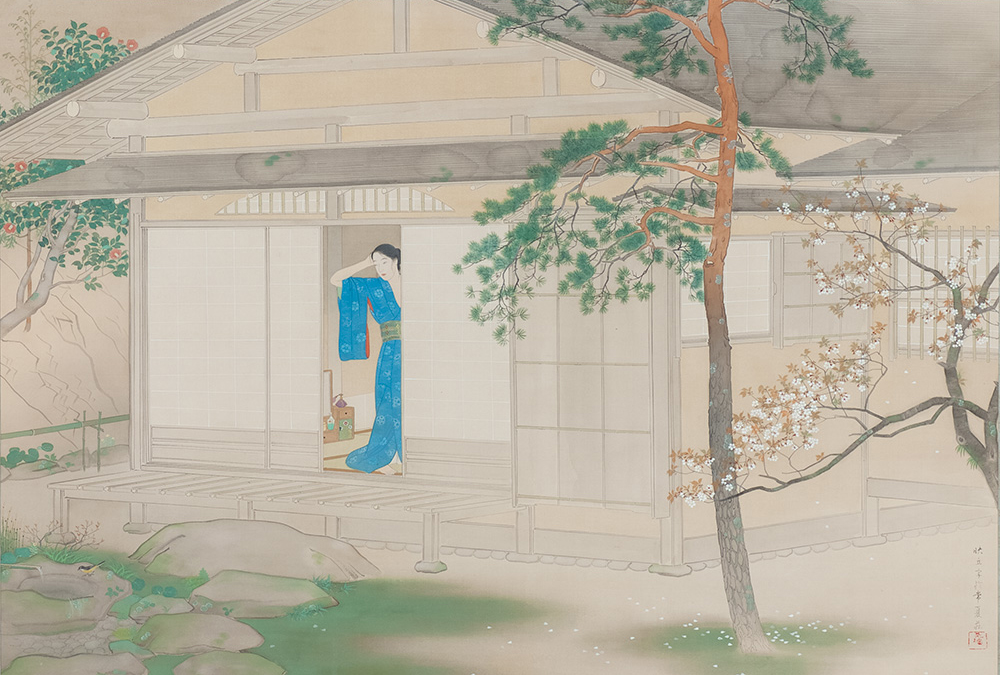