A painter and printmaker whose name is synonymous with the German Renaissance, Dürer was born in Nuremberg and lived during a turbulent era when the religious reformation led by Martin Luther had begun to spread. In addition to absorbing the humanist philosophy of the Italian Renaissance, Dürer studied the theories of perspective and anatomical proportion. The subject of this large copperplate engraving is Saint Eustache, a Roman general who served under the emperor Trajan (reigned 98-117). He became the patron saint of hunters, having converted to Christianity after seeing a vision of a crucifix between the antlers of a stag he encountered during a hunt. In the foreground are the horse and dogs that accompanied Eustache on the hunt. The minute details of the composition testify to Dürer's sharp observation of nature and people. 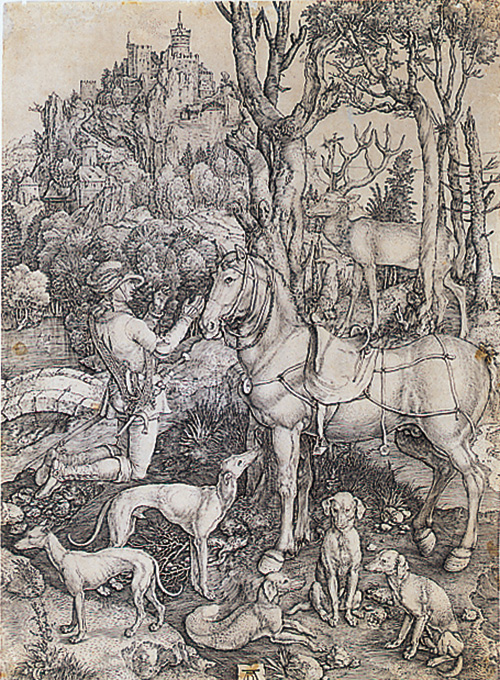 William BLAKE
Illustrations of the Book of Job 14: When the Morning Stars Sang Together

A London-born painter, printmaker, and poet, Blake apprenticed in the studio of the engraver James Basire. During his apprenticeship he copied medieval British relics at Westminster Abbey and was influenced by Gothic art. Becoming independent at age 22, he studied at the Royal Academy and showed his watercolors at Academy exhibitions. He also participated in progressive literary salons and began writing poetry, creating decorative books with engravings of his poems and illustrations. Illustrations of the Book of Job is a collection of engravings published in London in 1826 that comprised 22 illustrations including the frontispiece. The main image on each page is ringed by ornamental designs and quotations from both the Old and New Testaments of the Christian Bible, but mainly from the Old Testament's Book of Job. The elaborate engraving techniques and the uniqueness of his vision are defining elements of Blake's art. 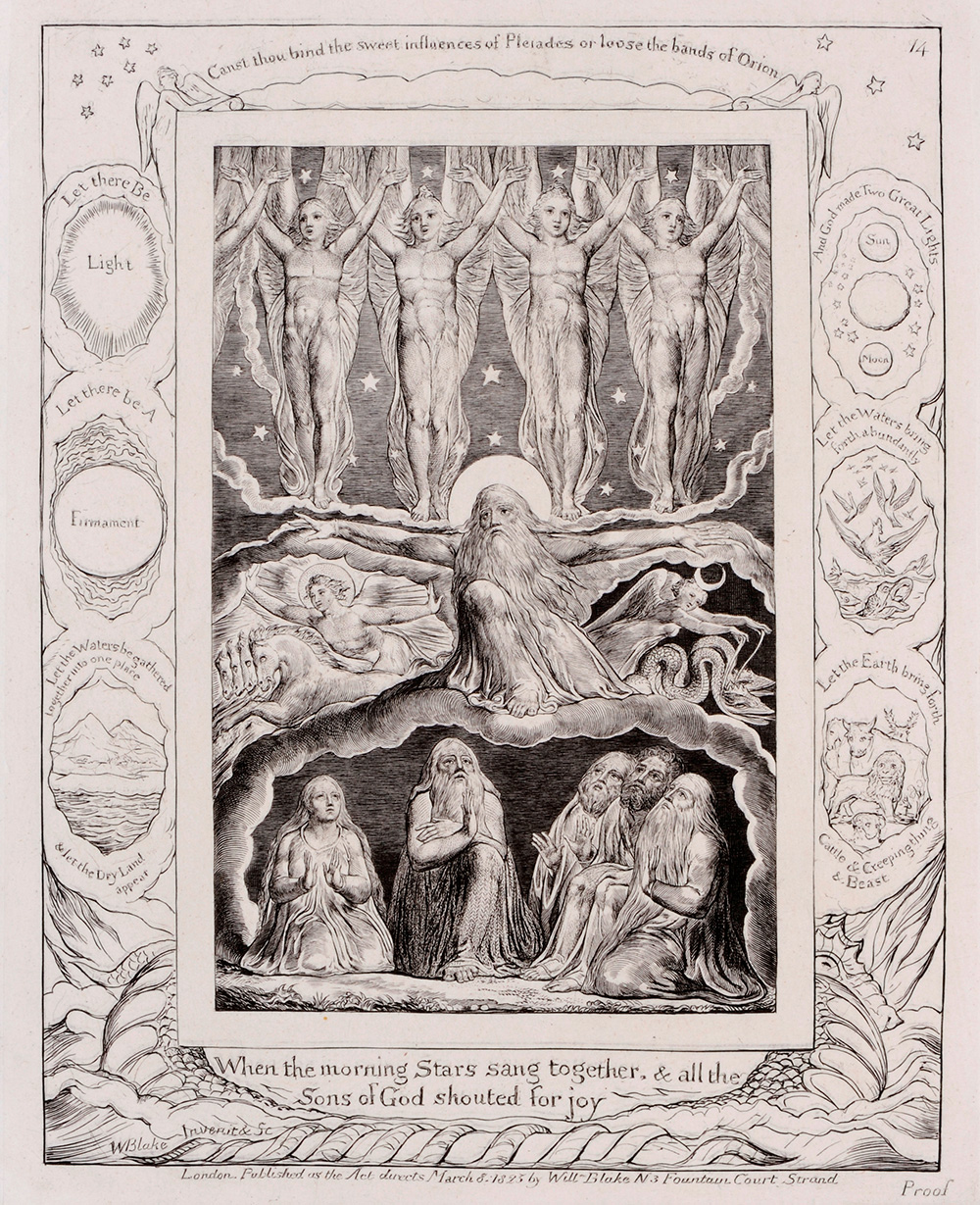 Born in Norway, Munch studied in Kristiania (now Oslo), then traveled in Germany, France, and other parts of Europe. Absorbing the influences of such late 19th-century art movements as the Post-Impressionists and the Nabis, later on he was himself a major influence on German Expressionism. This museum owns five of the eight etchings that comprise Munch's first print collection, the Meier-Graefe Portfolio. The Sick Child is one of these. Initially appearing in an oil painting, the motif precedes others, like Kiss and The Scream, that make up his series The Frieze of Life. The young girl propped up against a pillow is on her deathbed, and the grieving woman beside her grasps her hand. By contrast, the landscape below this scene expresses the vitality of nature. Munch's older sister died at age 15 of tuberculosis, an experience that profoundly affected the artist and inspired this motif. 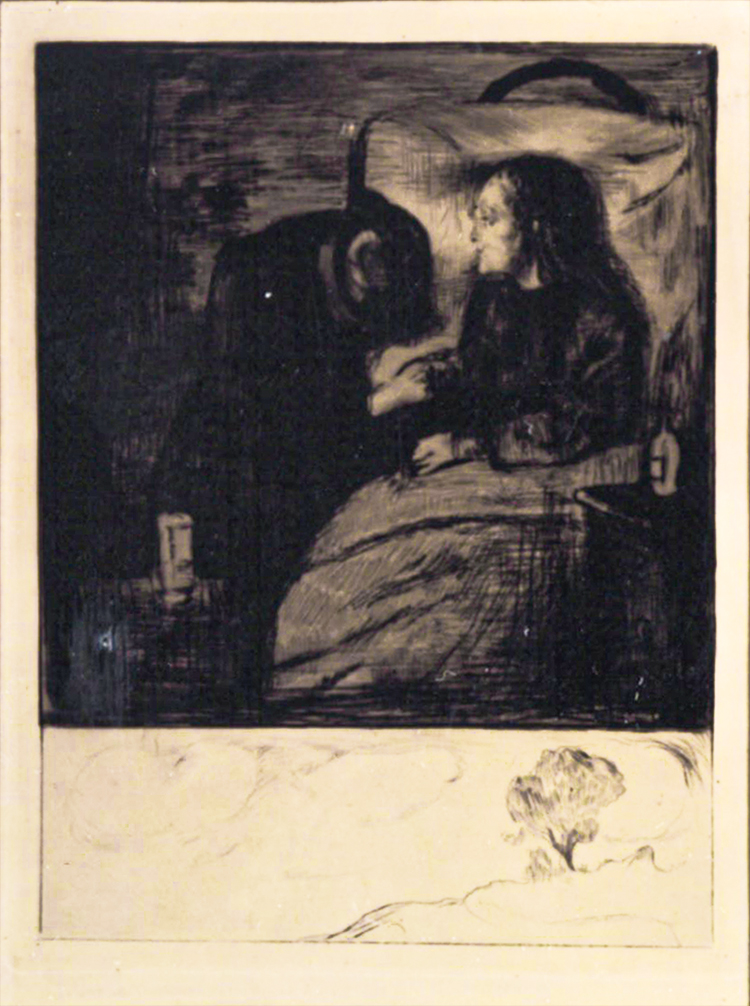