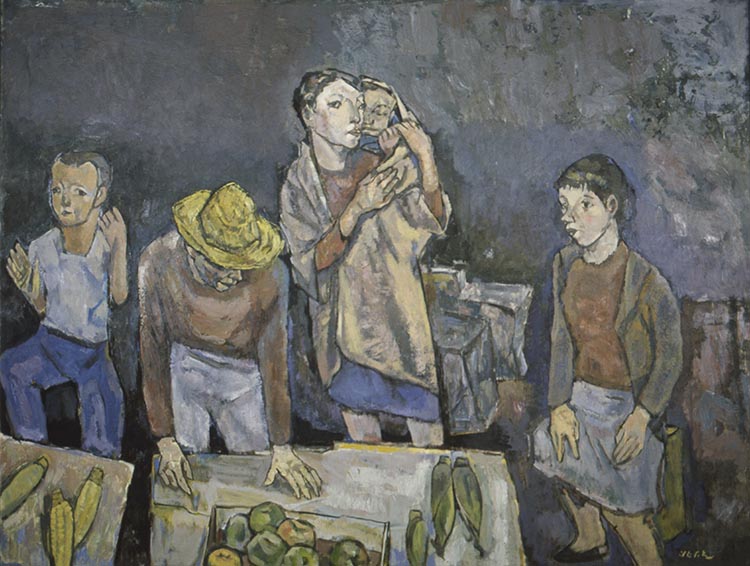 TAKAHASHI Hokushu "Family by the Road" 1975

Since the modern period, Asahikawa, now the second biggest city in Hokkaido, has played an important role as a major urban area in Northern Hokkaido.  Its large population has eagerly supported art and culture, giving rise to a number of important artists who have left their mark on Japanese art history.  There are a number of artists whose practice has been rooted in the community; they have formed the region’s unique art and culture. Embracing this history, we collect, research, and archive the regional works from all genres, to further support and promote the art and culture of Asahikawa and Northern Hokkaido (Kamikawa, Rumoi, Soya).